Read More: The Dangers of Flying?

Read More: What Can I Take in My Carry-on?

More Things to do in Arusha, including Tours, Layover, and Overnight Ideas

Duration:
7 days
From:
USD 1950.00
This is a popular route up steep paths through magnificent forests to gain a ridge<br>leading through the moorland zones to the Shira Plateau. It then traverses<br>beneath the glaciated precipices of the Southern Icefields to join the Barafu<br>Route to the summit. An extra day could be added to the itinerary, best spent on<br>the Shira Plateau, where you could walk to the Shira Needles. Strong groups<br>could omit camping at Karanga River. The Mweka Route is used for the descent.<br>Accommodation on the mountain is in tents which the porters will pitch for you.<br>You will need a sleeping bag, warm clothes and walking poles. This is a steep,<br>tough trek within the limits of a fit individual used to walking in mountain areas<br>
Book Now
More Things to do in Arusha, including Tours, Layover, and Overnight Ideas
Home > Destinations >

Things To Do in Arusha & Arusha Airport Layover Ideas

If you have an extended layover at the Arusha Airport or staying in town, why not consider getting out with some fun activities? We list a few here and there are many more on Arusha.LayoverIdeas.com. 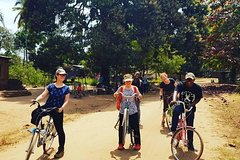 Beautiful spots and Local insights <br>It's our goal to show you Morogoro like a local. We will cycle through the coolest neighborhoods, exploring secret gardens, tucked away backstreets
More Infomation on the BEST WAY TO SEE MOROGORO TOWN WITH BIKE TOUR 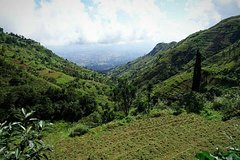 Morogoro contain some of the oldest original forest in Africa, and while it is much depleted these days, the range is green and scenic, and offers enjoyable hiking. <br> From Morogoro the most popular route is to Morningside, an old German mountain hut to the south of town at about 1000m (about two to three hours on foot). The path starts at the Regional Administration buildings about 3km south of the town centre at the end of Boma Rd
More Infomation on the Hiking to Uluguru Mountains-Choma Waterfalls 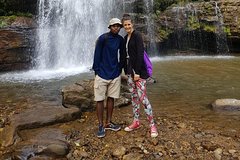 Uluguru Mountains rise southeast of Morogoro Town and its about 2km to the spot, its 2500km above sea level, lie 200 km inland from the Indian Ocean.<br> Lupanga peak, Bondwa peak and Kinole peak are the popular peaks on this Mountains,<br> The higher is Lupanga peak, Bt the tourists come more often to Bondwa peak because its just 1500km and many others they hike up to Morning side where you will have the chance to see Germany historical site, built 1910, and later go to the choma waterfall <br>The name uluguru mountains come from the Luguru tribe, been living on the mountains for several hundred years, so the name means people's mountains.<br> Females are the one own the Land and they are powerful in village life compared to other Tribes<br>Every tour is different from the other in one or more ways, and so is this. This happens because others cant differentiate trekking from other safaris like wildlife game viewing. ... Read More
More Infomation on the Trekking Uluguru Mountains 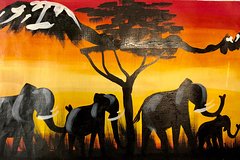 Create your own traditional Tanzanian Tinga Tinga masterpiece while learning from Moshi local artist, Ben! <br>Spend approximately 4 hours working at Mimosa's fabulous outdoor patio/garden. Combined with wildlife safari or Mount Kilimanjaro, it is a great way to experience the most Moshi has to offer.<br>With flexible reservation times, you will easily be able to schedule around other activities!
More Infomation on the Tinga Tinga Painting Lesson

<p>Isimila, is located within a korongo (erosion gulley) on the Iringa plateau in Tanzania and has long been recognized as a site of international importance for understanding the behavioral complexity and plasticity of our hominid ancestors.</p> <p>One of the primary reasons for the importance of Isimila is the unique artifact record for a site outside the Rift Valley system present in both primary and secondary contexts consisting of thousands of hand axes - including enigmatic giant hand axes</p>... Read More
More Infomation on the Day trip to Isimila stone age site 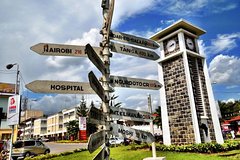 On this trip you will get an idea of day-to-day life in one of the most colorful cities of Tanzania. People of many different tribes and religions live together in Arusha. Your guide will tell you all about it. depending on your own personal interest
More Infomation on the ARUSHA CITY TOUR 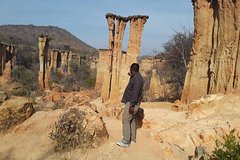 In the late 1950s, amid a dramatic landscape of eroded sandstone pillars, archaeologists unearthed one of the most significant Stone Age finds ever identified. Tools found at the site – hammerstones, axeheads, flints and scrapers – are estimated to be between 60,000 and 100,000 years old. There's a museum with small, well-captioned displays highlighting some of the discoveries. Isimila is signposted off the Mbeya road to the left, about 21km southwest of Iringa.
More Infomation on the 1-Day Isimila stone age site 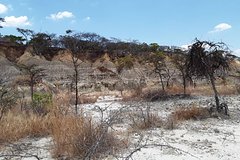 In the late 1950s, amid a dramatic landscape of eroded sandstone pillars, archaeologists unearthed one of the most significant Stone Age finds ever identified. Tools found at the site – hammerstones, axeheads, flints and scrapers – are estimated to be between 60,000 and 100,000 years old. There's a museum with small, well-captioned displays highlighting some of the discoveries. Isimila is signposted off the Mbeya road to the left, about 21km southwest of Iringa.
More Infomation on the 1-Day Isimila Stone Age Site