Read More: The Dangers of Flying?

More Things to do in Moscow, including Tours, Layover, and Overnight Ideas

Duration:
4 hours
From:
USD 240.00
Searching for a new way to meet Moscow free of the sightseeing stereotypes? Enjoy retro scooter tour to see the famous sights and little unknown side streets in the very heart of the city!
Book Now

Tour of Krasnodar with a professional private guide

Duration:
3 hours
From:
USD 26.00
A private tour with a professional guide through the center of Krasnodar is a great way to get to know the city, founded more than two centuries ago by the Black Sea Cossacks in the bend of the Kuban River. You will discover the unique southern flavor of the city, combining national Kuban traditions and modern life.
Book Now
More Things to do in Moscow, including Tours, Layover, and Overnight Ideas
Home > Destinations >

Things To Do in Moscow & Moscow Domodedovo Airport Layover Ideas

If you have an extended layover at the Moscow Domodedovo Airport or staying in town, why not consider getting out with some fun activities? We list a few here and there are many more on Moscow.LayoverIdeas.com. 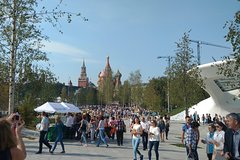 The most anticipated Moscow project of the last 50 years – Zaryadye Park opened just steps from Red Square. The venue has gained a spot on TIME's 'World's Greatest Places' list. The central city park combines historic artifacts with modern technologies. It was created to project a new image of Russia to the world. <br>Join me as we explore the park and all it has to offer. We traverse not only the history of Russia, but its climate zones from ice caves to forests as well. Along the way, I'll point out some of the attractions that make this park such a gem right in the heart of Moscow.<br>The tour is ready whenever you are and the audio plays automatically at exactly the right time and place using your smartphone's GPS and the VoiceMap mobile app, which also works offline.... Read More
More Information and Booking

Moscow is a huge city and so its metro that is one of the city's main attractions and masterpieces. Most often at first a lot of people do not feel comfortable alone in this huge transportation system, are afraid to get lost and are not able to truly appreciate its unique interior and architecture. <br>Our personalized approach will allow you to feel at home inside Moscow metro, going through its history from the moment of its construction till the modern days. Your guides will tell you what are the hidden gems of every famous station, what their constructors wanted to say to us years ago and what is the modern development of Moscow metro. You will surely be impressed and gain the proper knowledge so that the next time you can navigate along the lines of this wonderful Underground on your own! ... Read More
More Infomation on the Overview of Moscow metro (exclusive economy tour) 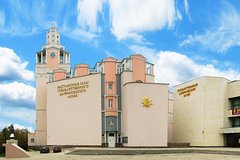 The State Darwin Museum was originally intended as a museum dedicated to the theory of evolution. All main collections were formed according to this primary idea since its foundation in 1907.<br>The Darwin museum was initially created as an educational museum at the Moscow Higher Women's Courses to illustrate the course in the theory of evolution. The extensive collection contained the items (mostly stuffed birds) gathered by the founder and the first director of the museum Alexander Fedorovich Kohts when he was a gymnasium student and a student of the State Moscow University.... Read More
More Infomation on the The State Darwin Museum Admission Ticket

The Museum of Victory Admission Ticket 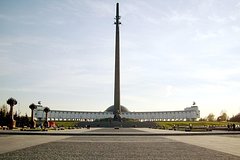 The Central Museum of the Great Patriotic War of 1941-1945 is the main part of the Victory Memorial Park at Poklonnaya Hill. The museum was founded in 1995 and opened for public on May 9. <br>The museum complex consists of six dioramas: 'The counter-attack of the Soviet troops near Moscow in December 1941', 'The Battle of Stalingrad. Uniting Fronts', 'Forcing the Dnieper', 'The Kursk Bulge', 'The Blockade of Leningrad', 'The Battle of Berlin'. The museum exposition also includes: The Art Gallery, the Commanders' Hall, the Memory and Sorrow Hall, the Hall of Glory and the historical exposition 'Path to the Victory'. <br>The Museum has created an electronic Memory Book for memorialization of the defenders of the Motherland, who have not returned from the Great Patriotic War.... Read More
More Infomation on the The Museum of Victory Admission Ticket 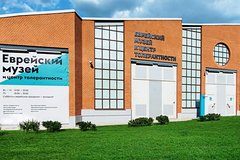 The Jewish Museum and Tolerance Center was opened in 2012 in the building of the Bakhmetevsky Bus Garage, the monument of Constructivism designed by Konstantin Melnikov and Vladimir Shukhov.<br>In almost a century, the architectural masterpiece of the Russian Avant-Garde became the venue for the most high-tech museum in Russia.
More Information and Booking 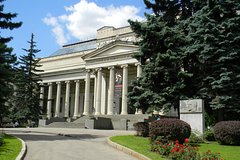 The Pushkin State Museum of Fine Arts is a museum complex that is currently in possession of one of the largest world art collections from Ancient Egypt and Greece to our days.<br>Children under 16 accompanied by an adult are free of charge.<br>The museum offers audio guide services: <br>- in Russian, English, German, French, Italian and Chinese for the permanent exhibition; <br>- in Russian and English for temporary exhibitions.<br>Audio guide rental prices: 350 rubles – in the Main Building and in the 19th and 20th Century European and American Art Gallery.<br> 2,000 rubles or any document – security deposit.  <br>The audio guide rental desk is located on the ground floor of the museum, on the right side of the lobby opposite the printed publication kiosk.... Read More
More Information and Booking 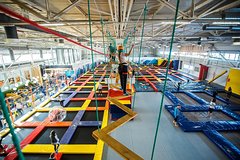 All of us want to have something new and beter for ourselves and our friends, preferably useful for our health and development of our children. Bouncing on the trampoline in the NEBO trampoline park is a fashionable and actve indoor entertainment for children and adults. <br>Depending on the type of ticket you can visit the trampoline center for an hour or for an unlimited time. You will also have access to a Rope Park and a climbing wall. <br>Please note that the change of the weekend rate from Friday 17:00.... Read More
More Infomation on the Admission ticket to the Trampoline Center Nebo 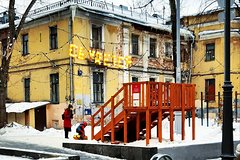 We will skip away from noisy touristic streets and walk through silent yards, lanes and alleys. We will picture street art, warm up in cafes that none knows about, shop in local designer stores, see Moscow the way it used to look before wars, revolutions and so on ... We will see Moscow the way that even some locals don't<br>Also, everything in this walk can be customized depending on what do you want to see, feel, snap or eat :)
More Infomation on the Moscow, quiet and cozy