Read More: How to Build a Travel First Aid Kit

More Things to do in Darwin, including Tours, Layover, and Overnight Ideas

Duration:
1 hour 30 minutes
From:
USD 43.30
Immerse yourself into wetlands that are teeming with flora and fauna on this 1.5 hour guided cruise along the waterways of Corroboree Billabong. The wetlands are the breeding grounds for many types of birds and houses one of the highest concentration of crocodiles in the world so there is something to see for everyone.
Book Now

Duration:
3 days
From:
USD 519.65
Experience the rugged beauty of the Australian outback on a three-day 4WD camping safari to Litchfield and Kakadu national parks. Your outback safari takes you on a private cruise through the Yellow Water Billabong, to Kakadu's peerless indigenous rock art at Ubirr, and to Florence, Wangi, Twin and Jim Jim falls for tranquil swims in some of Australia's most beautiful waterfall plunge pools. Enjoy personalized attention on this small-group tour, limited to a maximum 16 passengers.
Book Now
More Things to do in Darwin, including Tours, Layover, and Overnight Ideas
Home > Destinations >

Things To Do in Darwin & Darwin Airport Layover Ideas

If you have an extended layover at the Darwin Airport or staying in town, why not consider getting out with some fun activities? We list a few here and there are many more on Darwin.LayoverIdeas.com. 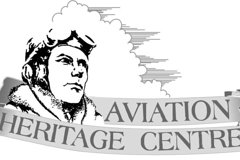 The main exhibit at the Aviation Heritage Centre is a massive B-52 bomber (one of only three on display outside the U.S.) along with other military aircraft, engines and the wreckage of a Japanese Zero fighter shot down in the 1942 air raids on Darwin. This is a unique opportunity to imagine and experience history first hand.
More Information and Booking 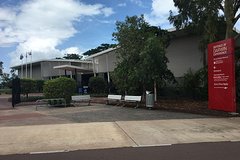 Visit Darwin's first and oldest military history museum and be captivated by the audio-visual journey that is the Defence of Darwin Experience. The interactive display will immerse you in the drama of the Japanese bombing of Darwin as it unfolded, and changed the face of the city forever. Hear first-hand accounts from the men and women who survived the horror of that morning of 19th February, 1942. Sit back in the air conditioned theatre and watch the fascinating short film that uses actual footage from the attack to depict the bombing as it happened over 75 years ago. Wander through the 4 hectares of tropical gardens and view the 'hardware of war including artillery pieces, weapons, uniforms', armoured vehicles and much, much more.... Read More
More Infomation on the Darwin Military Museum: General Entry Ticket

<strong>Two Iconic Territory Stories in One Iconic Location</strong> <br />One started Territory operations in 1939, the other, occurred in 1942 as an act of aggression unparalleled on Australian soil. Both forged the resolve and resilience of the people who live in Australia's Northern Territory. <br /> <br />The first iconic story is the Royal Flying Doctor Service, affectionately known throughout Australia as the RFDS. Founded by the Reverend John Flynn, it began its aero medical operations in the Northern Territory in 1939. <br /> <br />The second iconic story featured is the Bombing of Darwin on 19th February 1942. The bombing of the harbour brought destruction to the city of Darwin, and many of the experiences and stories of what happened that day. <br /> <br />This facility sits on the iconic location of Stokes Hill Wharf which was bombed during the raid on 19th February 1942.... Read More
More Information and Booking

Departing from Stokes Hill Wharf at 11am, this 1-hour Bombing of Darwin cruise takes in significant WWII sites on Darwin Harbour and modern day front-line activities. With real time commentary by a local guide, this cruise offers a maritime perspective on one of Australia's most significant war time events.
More Infomation on the Darwin Harbour World War II Bomb Sites Cruise

Departing from&nbsp;Stokes Hill Wharf at&nbsp;1pm this Sea Darwin adventure cruise takes in the history, habitat and intrigue of Darwin Harbour. Travelling on a state of the art&nbsp;boat between sites of interest, this cruise cover the&nbsp;highlights of Darwin Harbour with real time commentary by a local guide.
More Infomation on the 1-Hour Darwin Harbour Adventure Cruise

Tour Darwin at your own pace with a 24-hour or 48-hour hop-on hop-off pass. See fabulous views from the open-top double-decker bus and get on and off at 10 convenient stops, including Crocosaurus Cove, the waterfront precinct and Fort Hill Wharf. Stay as long as you like at the attractions of your choice, then hop on board to travel from sight to sight. Or stay on the bus to enjoy full 60-minute and 90-minute tours around Darwin, while listening to an entertaining on-board commentary.
More Infomation on the Darwin Hop-on Hop-off Bus Tour

See the sights at your own pace when your cruise ship docks in Darwin, with your choice of a 24-hour or 48-hour hop-on hop-off pass. Conveniently departing from the cruise ship terminal at Fort Hill Wharf, your hop-on hop-off tour stops at 11 locations around Darwin, including Crocosaurus Cove, the waterfront precinct and Military Museum. Enjoy panoramic views from the open-top double-decker bus, and listen to an entertaining on-board commentary and design your own shore excursion itinerary.
More Infomation on the Darwin Shore Excursion: Hop-on Hop-off Bus Tour